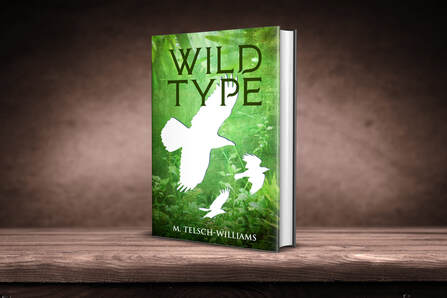 Grief-stricken from the loss of her adored scientist father, Penelope Zahlie struggles to define herself without his guidance, especially in a city where an educated woman is detested. If it’s not Thane’s protective white wall reminding Penn where her freedom lies, it’s Ellerio Stagg, Thane’s President, who points out her every misstep. Penn yearns to explore the uncharted Farlands in the west, but her petitions to Ellerio seem pointless. He twists her words. He mocks her conviction. Finally Ellerio decides to yield, but only if she’ll marry him. Oh and, he’s made a few alterations to her expedition proposal. While Penn’s gut screams to be on guard and not sacrifice her future, her desire to explore runs too deep to refuse. She must take the dangerous journey while she has the chance.

Accompanied by a handful of ragtag men instead of the requested two dozen scientists, Penn steps outside Thane for the first time and hikes westward in amazement. However, the Farlands’ wild territory offers poisonous insects, unidentified plants, hungry animals, and shifting weather patterns, not to mention harsh terrain. Tackling challenges as a group proves crucial for survival, but Penn’s team is ruthless, crude, and unwilling to overextend themselves for her benefit. Even in a place where societal norms should be shed, a woman ordering men on conduct proves disastrous: tragedy strikes and a crew member dies.

Pushing onward, a hyena starts trailing them, and Penn realizes her knowledge and love of nature offer as much control in the wild as they did in the city. And no amount of her father’s teachings can bring him there to protect her. Yet to her mind, the only way Ellerio will ever grant her another research journey is to prove this voyage successful. Success in Ellerio’s eyes, however, means instructing the men in advance to abandon the squeaky wheel once deep in the forest. Suddenly alone and in shock, Penn must decide to return to Thane shamed, deceived, and bound to Ellerio, but alive, or forge ahead, risking death for the sake of discovery just as her father did.

WILD TYPE, a literary adventure fantasy, composes a love letter to science and nature, to womanhood and the worthwhile struggle.